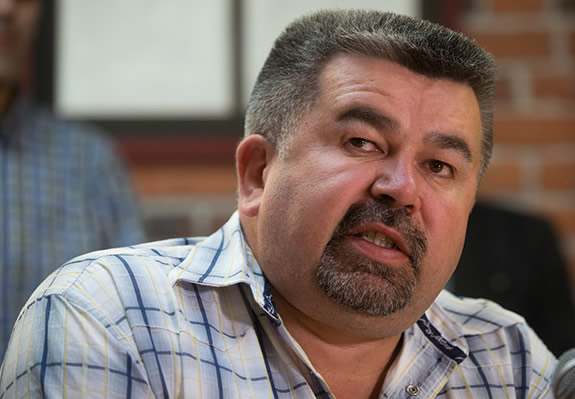 The Tsilhqot’in National Government’s mining policy also follows the group’s successful fight against the New Prosperity mine, proposed by Taseko Mines Ltd. (TSX:TKO), which was rejected by the federal government earlier this year due to the potential impact on a lake considered sacred by area First Nations.

The Tsilhqot’in Nation, located near Williams Lake, B.C., said it isn’t opposed to mining on its territory, but resource companies need to respect the rights of aboriginals if they want their projects to proceed.

“The goal is to have proponents actually come through the door of the Tsilhqot’in Nation,” Chief Russell Myers-Ross of Yunesit’in, one of the six bands that make up the Tsilhqot’in, said in an interview.

“We had the example of Taseko Mines, who showed us what not to do. We need proponents and industry to begin showing a lot more respect for our people and our nation if they want to build partnerships in our territory.”

Chief Joe Aphonse, of the Tl’etinqox First Nation, speaks during a news conference in Vancouver, B.C., after the Supreme Court of Canada ruled in favour of the Tsilhqot’in First Nation, granting it land title to 438,000-hectares of land on Thursday June 26, 2014.