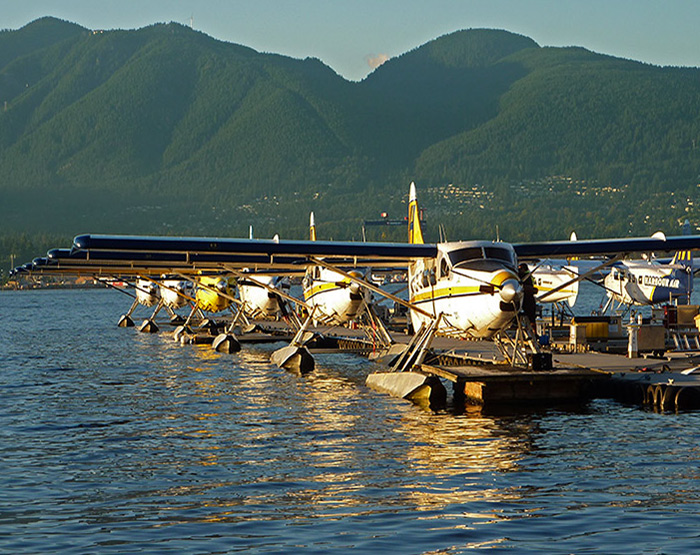 Travel between the coastal communities of the Pacific Northwest has never been more seamless. Vancouver Harbour Flight Centre is Downtown Vancouver’s seaplane terminal. Located in the heart of Vancouver, the terminal gives business and leisure float plane travellers immediate access to the city’s business district, shopping and restaurants, hotels, and convention centres.

Scheduled service to Nanaimo and the Gulf Islands.Charter flights available to anywhere in the Pacific Northwest, including dropping off or picking up in the U.S.A.

Scheduled service to Nanaimo, Sechelt, Vancouver, and Gabriola Island.Customized charter flights to any Vancouver Island destination, including the South Coast of British Columbia.