Running of the Salmon 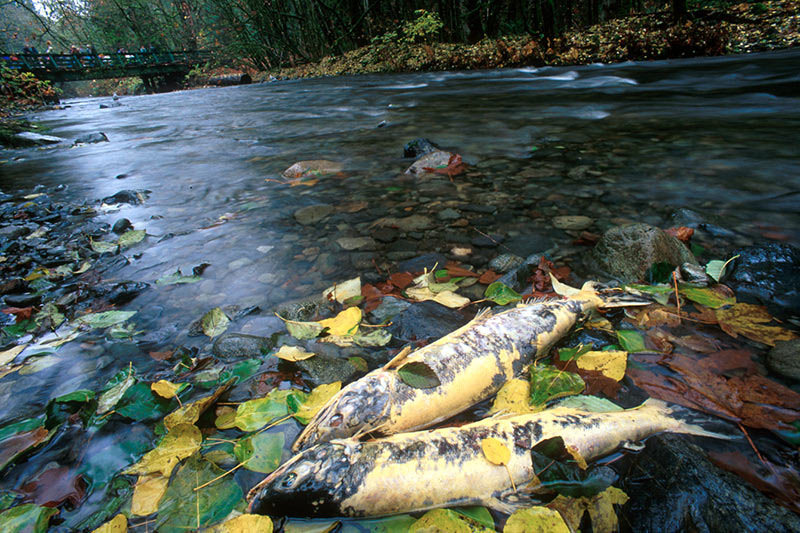 It is time for the annual Salmon run, a spectacular natural event that occurs along the coast of British Columbia.

British Columbia is home to five species of salmon, all in the genus Oncorhynchus. Their life cycles tell a tale that has always captivated people, and we are witness to parts of the cycle in the streams and rivers around us.

Although each of the five species has a slightly different life cycle, the basic story is much the same. The young salmon spend the first part of their lives in the streams where they hatched, moving to salt water some months later. They then spend a period of several years growing to adulthood in the food-rich waters of the Pacific Ocean. When their time comes, they are called back to the streams where they were born. 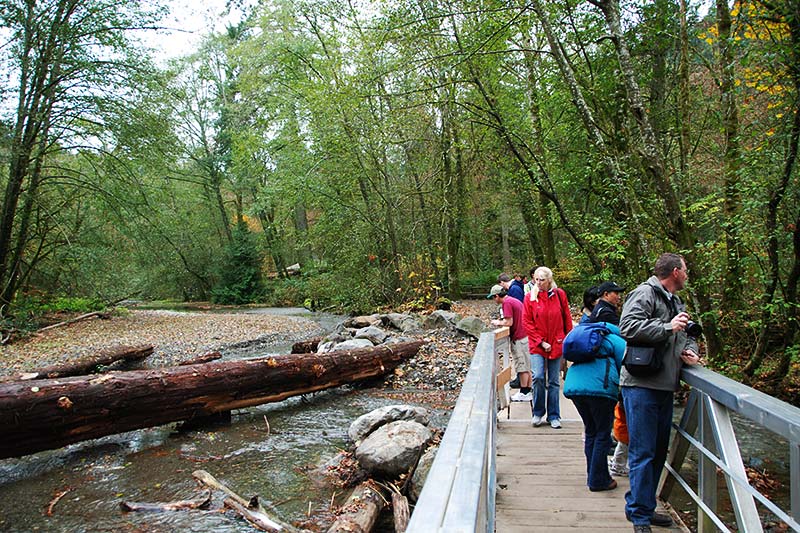 Visitors to Goldstream Park during the salmon spawn. Photo by BritishColumbia.com

Their voyage home is nothing less than epic, across thousands of kilometres of ocean. Guided largely by smell, they return to their natal streams, some along the coast, and some far inland along major river systems.

Their bodies now brightly coloured and distorted as they prepare for spawning, they battle their way past riffles and chutes, until they arrive at a familiar stretch of riverbed.

Here, the males battle for the right to fertilize the females, and the females batter their bodies as they dig redds in the gravel in preparation for egg-laying. When they are spent, their carcasses lie rotting along the riverbanks, providing food for scavenging birds and mammals, and cycling nutrients back into the ecosystem. In time, the eggs hatch, and a new generation of tiny salmon begins the cycle again. 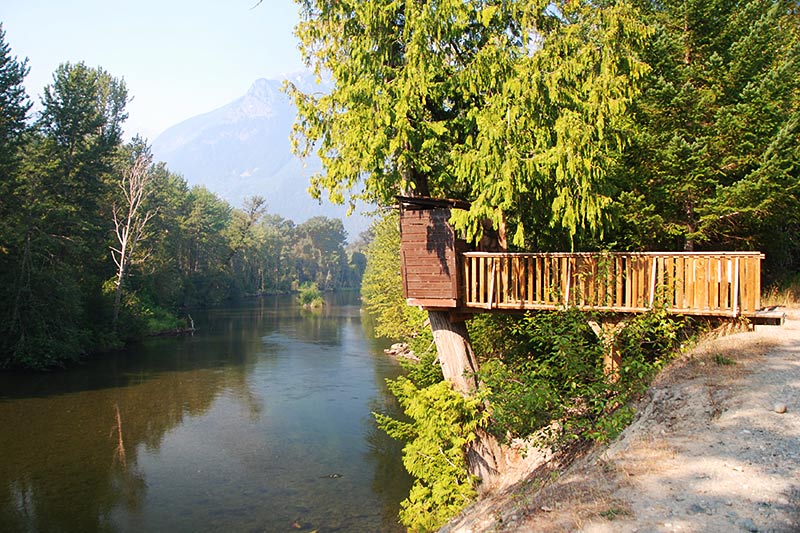 The Spring or Chinook Salmon, O. tschawytscha, is the largest of the five species, with some fish reaching a weight of 50 kilograms. The declining Coho Salmon, O. kisutch, is more associated with smaller streams. Sockeye O. nerka, spend part of their lives in freshwater lakes, and have become famous for their return to the Adams River in the BC interior. Situated on both sides of the Adams River, Roderick Haig-Brown Provincial Park in the Shuswap is the site of the largest sockeye salmon run on the West Coast. Pink Salmon, O. gorbuscha, have a two-year life cycle that is so consistent that “even-year” and “odd-year” runs are recognized. Chum Salmon, O. keta, is widely distributed, and easily seen at some spawning streams.

Also now included in this genus are the Steelhead Trout, O. mykiss, and the Coastal Cutthroat Trout, O. clarki. Both are sea-run fish, but are not as numerous as their cousins.

The salmon spawning runs also attract other wildlife. Bears gather at more remote rivers to fatten up for their winter sleep. Hundreds of Bald Eagles are drawn to Goldstream Park near Victoria, while a thousand may show up at the Nimpkish River, north of Campbell River on Vancouver Island. Gulls gather by the thousands, too, gorging on the spent fish. Goldstream is well-known for a small-stream specialist, the American Dipper (Cinclus mexicanus). This dumpy little gray bird prefers fast moving streams, where it dips, swims, and even walks on the bottom, as it feeds on insects and salmon eggs.

Where and When to View Salmon in British Columbia

Fish Species in BC (Salmon, Trout, Halibut and Bass)

There are excellent opportunities to watch salmon as they make their voyages upstream. At Stamp River Provincial Park near Port Alberni, fish can be seen jumping the cataract there. Goldstream Provincial Park, near Victoria, has an excellent interpretive program during the Chum Salmon run late in the fall, from mid/late October to early December. For an up-close look at a hatchery program, visit the Freshwater Ecocentre in Duncan.