The history of the land now called British Columbia began with the migration of people from Asia across the Bering land bridge (now the Bering Strait) to modern-day Alaska, British Columbia, and destinations farther afield. This scientific assumption is based on the genetic link to people in parts of Asia and the theory that nomadic hunters followed moose, deer, elk and buffalo as food sources, moving farther south as the ice sheets melted.

The earliest evidence of human habitation in Canada is an old fishing weir found in the ocean in the Haida Gwaii islands off the west coast of British Columbia. Based on radiocarbon dating from another archeological site on the island, the weir could date back 13,800 years. These First Nations people lived and flourished on the natural resources of the land, sustained by the bountiful salmon runs and abundant berry crops and indigenous wildlife. 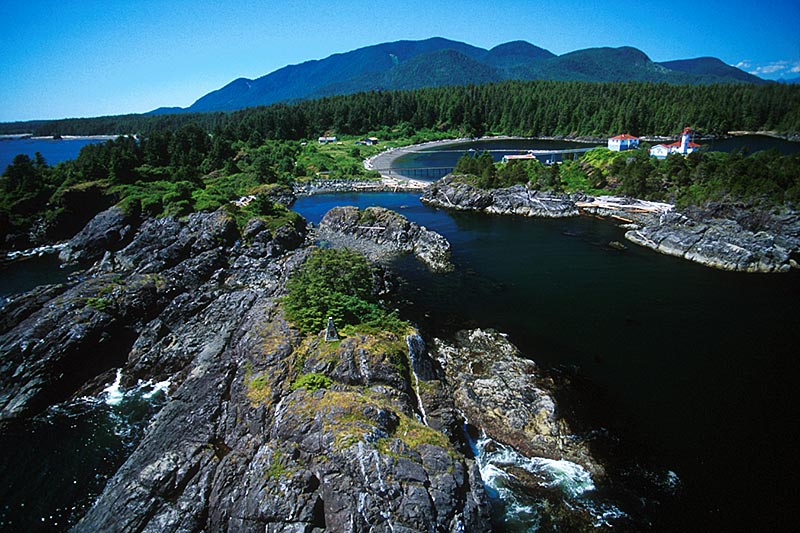 The community of Yuquot (Friendly Cove) on the west coast of Vancouver Island, British Columbia.

History and Heritage in British Columbia