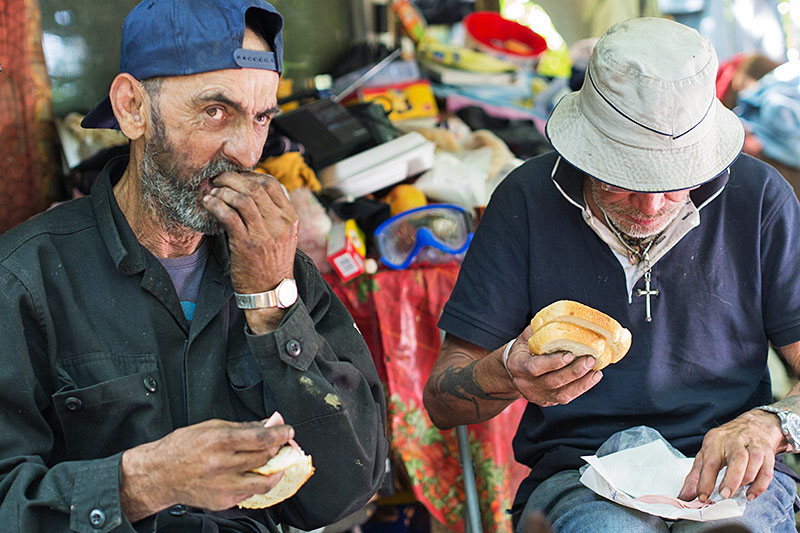 The Saskatchewan Ministry of Social Services has a unique way of taking care of their homeless population, including those who may have a history of addiction or mental health. Their quick fix is to pay to bus them to Vancouver and Victoria in British Columbia. Problem solved. For them. Not so for BC, and not so for those who are shipped away to neither home nor job, and no health care until they qualify.

Two young First Nations men were each bought one-way bus tickets from North Battleford, Saskatchewan to BC, paid for by the Saskatchewan Ministry of Social Services. Arriving in Vancouver on Wednesday afternoon, the new arrivals say they were denied provincial funding to stay overnight at the North Battleford Lighthouse homeless shelter and were instead offered a fast pass out of their home province. How callous and inhumane of the very ministry meant to care for their disadvantaged folks. The foundation of humanity is to treat others the way you yourself would like to be treated.

Rich Coleman, BC’s Deputy Premier and the Minister Responsible for Housing, confirms that government data indicates that homeless people from Alberta and Saskatchewan are arriving in the province in large numbers. Now this is a problem for BC, as Victoria has a visible homeless problem of its very own, and out-of-province newcomers are joining others from east of the Rockies in the makeshift homeless camps in the Garden City. Perhaps they receive a tourist brochure with their ticket so they can pack wisely; Ditch the toques and gloves and toss in the shorts and T-shirts.

It is a very short and mostly slippery slope from a comfortable job and a rental apartment to a pink slip and sleeping in doorways.

The Housing Ministry recently created additional affordable housing units for those who qualify, and moved over 60 individuals off the street and into temporary shelter housing. Sounds great, but the tent spots in the homeless camp they vacated will likely be filled by folks who are not from Victoria, either regulars or new arrivals.

Downtown Victoria is the desirable place to be – so says the glossy brochures – which means that taxpayers in the city of Victoria are chosen to pick up the tab for feeding and policing the homeless from pretty much the rest of Canada. And that is why the sobering problem of homelessness is a federal problem. But it isn’t so in practice. Our provincial government does what they consider to be adequate, but the buck is basically passed to municipal governments in Victoria and Vancouver.

With last fall’s refreshing change at the helm in Ottawa, one can only hope that the newly-minted government of Justin Trudeau will recognize and assume responsibility for all homeless people in Canada, and take meaningful remedial action very soon, as we all know that the problem originates countrywide, and it’s only going to escalate as grocery bills skyrocket, housing becomes unaffordable, and unemployment rises, particularly in neighbouring Alberta, where the fossil-fuel energy industry is in turmoil.

In this crazy, dysfunctional and overpriced world we endeavour to survive in, it is a very short and mostly slippery slope from a comfortable job and a rental apartment to a pink slip and sleeping in doorways.